The so-called ‘new normal’ is not only new: it is green. In the dawn of a post-pandemic economy, governments around the world have demonstrated a strong commitment to embracing and promoting sustainability. The World Economic Forum (WEF) says that the global green bond market could reach a value of $2.36 trillion by 2023, as revealed in research by NN Investment Partners.

The push for a more sustainable economy has happened for decades, mostly coming from fringe political movements. Nowadays, it is mainstream. There is a collective agreement about fighting climate change and building an economy that works within ecological limits.

Green finance, says WEF, is a broader term that encompasses projects in several areas including but not limited to: renewable energy and energy efficiency; pollution prevention and control; biodiversity conservation; circular economy initiatives; and sustainable use of natural resources and land.

At the latest G7 summit in Cornwall, the leaders of the world’s richest economies seemed to reach a consensus around placing sustainability at the core of the post-covid economic recovery. They also agreed that this is a global mission, with the leaders pledging $100 billion a year to countries in the developing world to help cut carbon emissions.

The Build Back Better World Initiative (B3W) is set to make trillions of dollars available over the next fifteen years that will be used to spur private sector investment in key areas such as climate, digital technology, health, and equality.

Earlier in the year, the Financial Times said that eco-friendly products are ‘green gold’ and that sustainability is a ‘trend that will intensify as companies seek to meet evolving consumer expectations’, showing that it is not only governments that are pushing towards sustainable practices: consumers are demanding it too. Companies all over the world pledged to reduce carbon emissions: in January, Nestlé, the world’s largest food company, committed $3.6B to curb emissions and boost sustainability.

The push for a green economy has ushered in a new commodities cycle, this time with increased demand for industrial metals such as copper, lithium, silver and platinum, which are key elements in electric vehicle batteries.

Energy transition is one of the most fundamental aspects of the unlocking of a green economy as it means a move away from our economic and societal reliance on fossil fuels into carbon neutral sources.

Globally, renewable energy is poised to take 70 percent of all investment in the energy sector, according to a report by the International Energy Agency (IEA), with solar and onshore wind energy taking the lead.

Green Economy in the UK

In the UK, government plans to transition the domestic market into carbon neutrality started some years ago, but these have considerably accelerated since the announcement of a 10-point plan last November. The plan is expected to gather “£12 billion of government investment to create and support up to 250,000 highly-skilled green jobs in the UK, and spur over three times as much private sector investment by 2030,” according to the Government’s outline for the Green Industrial Revolution.

Shifting energy supply to green sources is key, and this transition is already taking place.

Not surprisingly, the UK is already a leading global player in the wind energy market. With the new plans, production of wind-powered energy is expected to quadruple in ten years, aiming to produce enough offshore wind to power every home in the country.

A report by Solar Energy UK showed that the UK solar capacity is set up to double by 2030. Beyond solar and wind, parts of the UK coast such as Cornwall are also embracing geothermal energy from tidal waves.

Perhaps one of the leading bodies to embrace and actively promote sustainability in business has been the European Union.

Research from Accenture showed that around 5.7 million jobs can be created in firms across the continent through digital and sustainability transformations by 2030. The same research also revealed that almost 90 percent of European companies plan to increase spending in digital and sustainable practices in 2021.

In an article for Funds Europe, Lorna Logan and Rob Harley, portfolio managers at Stewart Investors, said that “Cultural and social norms in Europe have created a climate in which sustainable business ideas and innovations can flourish. Environmental and social consciousness, a concern for future generations, and a willingness to operate with long-term time horizons, all go hand in hand. These concepts are mutually reinforcing and create an environment in which the best sustainability companies can thrive.”

Investing in the green economy

The trend of investing in sustainable projects is set to get stronger and stronger. The framework of environmental, social and governance (ESG) factors in corporations’ activity is attracting more attention, particularly from younger investors. Recent data revealed that almost half of the younger generation plans to make ESG investment by 2025.

The data reveals that, for the new and soon-to-be investors, returns and profit are secondary factors: the priority is the societal and environmental impact of projects.

In October 2019, the London Stock Exchange launched two initiatives to promote sustainable finance in the markets: Green Economy Mark and Sustainable Bond Market. The Green Economy Mark is intended to recognise listed companies with 50 percent or more of revenues from environmental solutions. According to the LSEG, more than 90 issuers currently qualify for the classification across all LSEG markets. The Sustainable Bond Market focuses on social and sustainability bonds.

Newly launched Spinnaker Acquisitions is an investment company focused on leveraging projects in the energy transition and the green economy. Check out the company's new website http://www.spaq.co.uk/ 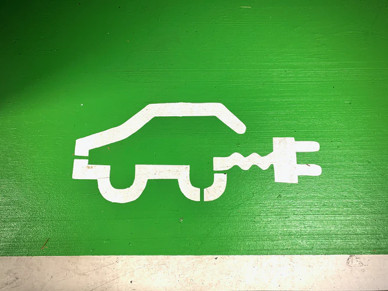 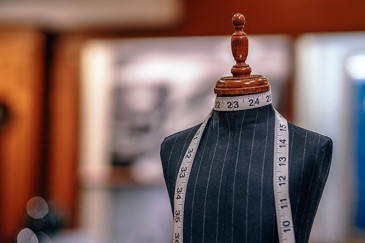 Stay in the loop

Receive a digest of our latest news and insights, plus receive early-bird invitations to forthcoming events